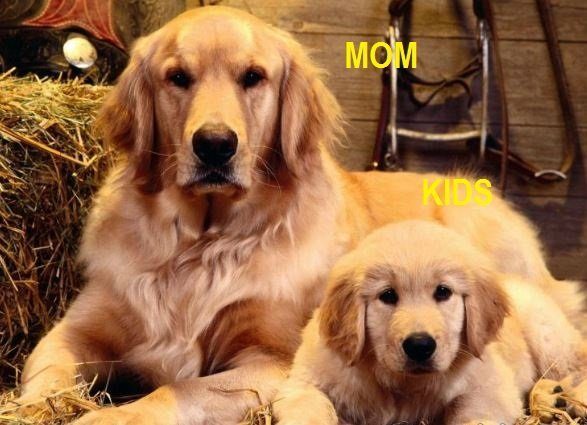 Dog Breeding Tips for Beginners – While there is a great concern about the reproduction of uncontrolled dogs, with a series of public policies of castration created precisely to avoid public health problems and the large population of animals on the streets, there are also people worried just the opposite.

Breeding dogs is a common activity in the vast majority of countries in the world. Generally, professional breeders end up specializing in a particular breed of dogs, which are used to breed healthy puppies and that will be sold to other people.

But it is not necessary to be a professional breeder so that the person has the will to encourage the reproduction of the dogs. There are many cases of people who have two members of a certain lineage and wish to have puppies for their own home or for distribution.

Check out some interesting tips for people who are wanting to breed dogs.

First of all, it is important to think about breeds, but what many people forget is to take into account the size of dogs. It is very important that breeders choose male dogs that are not much larger than the female.

In general, breeding between dogs is something that happens naturally, but as the vast majority of pet owners know, dogs that receive all the care and domestic pampering can also end up becoming more fragile. Therefore, it can be a very interesting tip to get the female to do an evaluation at the veterinarian before the reproduction. The doctor will perform several tests to know the real health conditions of the animal.

Among the health conditions of bitches, a factor that can really influence is weight. Therefore, it is not recommended that reproduction be done in females that are overweight. The ideal is always to mate when the animal is at the weight compatible with its breed.

From the first heat, the bitches may already have puppies, but the vast majority of veterinarians and professional breeders do not recommend that reproduction is done before the third heat cycle.

Care to ensure successful reproduction also requires that people have some care right after the act itself. One is to prevent the female from contacting another male soon after mating. Although it is a rare scenario, it can happen that the dog crosses with two different males in the same cycle of estrus.

In this case, the female may have puppies from two different dogs, which may cause a problem especially for people who are breeding certain specific breeds, since the owner may have to do a DNA test to know which puppy belongs to which parent.

Are Mushrooms Bad for Dogs?

Are Cucumbers Good for Dogs?

How to Stop a Dog’s Nail from Bleeding

Why Are My Dogs Eyes Red

How to Tell If the Dog Is Pregnant